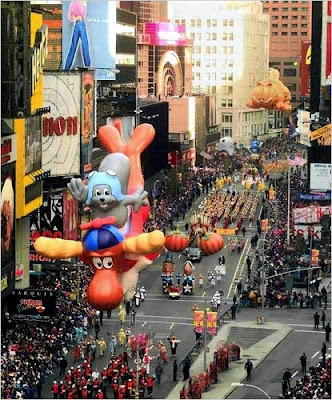 Thanksgiving: thanks to the Census Bureau.

The “event became a national holiday in 1863 when President Abraham Lincoln proclaimed the last Thursday of November as a national day of thanksgiving. Later, President Franklin Roosevelt clarified that Thanksgiving should always be celebrated on the fourth Thursday of the month to encourage earlier holiday shopping, never on the occasional fifth Thursday.”

Seriously, I am thankful for all sorts of good things, not the least of which is music:

My daughter’s current favorite joke:
Why did the turkey cross the road?
Because it was the chicken’s day off!