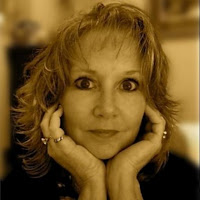 I was catching up with my blog reading when I discovered that LisaF over at Peripheral Per­cep­tions had called me out in one of her posts with this chal­lenge. So I’m giving it a try.

If you could go back in time and relive one moment, what would it be?
I suppose winning my JEOPARDY! game. I would have breathed, instead of hyperventilating.

If you could go back in time and change one thing, what would it be? Just one?

There are so many. I suppose there was a friend with an illness, and I didn’t realize how significant it was, and I should have. If I had, I would have gone there to visit.

What movie/TV char­acter do you most resemble in per­son­ality?
I have no idea. At some level, I suppose it’s one of those characters on that show the Big Bang Theory – which I don’t watch because I just can’t stand the laugh track – who knows a few things but is socially inept. I’m not as smart as those guys, but not as much of a dweeb either. Or Drew Carey on the Drew Carey Show.

If you could push one person off a cliff and get away with it, who would it be?
I hon­estly don’t think I could bring myself to push anyone off a cliff unless someone was trying to push me off a cliff and it was self-defense. Or I was defending someone else. Yeah, I might be able to do that.

Name one habit you want to change in your­self.
Going to that negative place. there might be five great things and one bad thing, and guess which one gets too much of my attention?

Describe your­self in one word.
Inscrutable.

Describe the person who named you in this meme in one word.
Colorful.

Why do you blog? (In one sen­tence)
Can it be a really LONG sentence?
I blog because I have found it useful, even necessary to write what I’m thinking and feeling, lest I interrupt my mental processing with ‘noise’; yet I’ve found it more beneficial through the interaction that has evolved with other, usually distant, people, not occasionally more meaningfully than those with people I see on a daily basis.

Now I’m sup­pose to pass this on and share the brain-racking insightful fun. So, I decided on YOU. You know who you are; if you think it’s you, it probably is. If you don’t, it’s probably you, too.