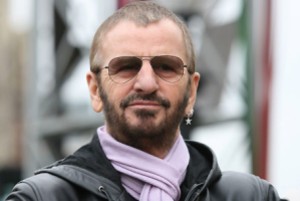 Ringo Starr has been mentioned at least a couple hundred times in this blog. Unsurprising, given my unabashed affection for the Beatles. And I see that, 50 years after the band broke up, the Beatles and Ringo generate a lot of comments online.

Questions such as whether he is a good drummer. “Dave Grohl, frontman of Foo Fighters and former drummer of the legendary grunge band Nirvana, said about him: ‘Define ‘best drummer in the world’. Is it someone that’s technically proficient? Or is it someone that sits in the song with their own feel? Ringo was the king of feel.'”

Of course, he was picked to replace Pete Best. Ringo himself said his best drumming for the Beatles was on Rain.

The Beatle also known as Richard Starkey had his particular brand of charisma. The other Beatles insisted he was the best actor in their first movie, A Hard Day’s Night. The storyline of the second film, Help!, was centered around him.

Ringo still tours with his All-Starr band. I have never seen him play, though the tour has been in my neck of the woods a few times. In fact, he was supposed to have been at Tanglewood last month, but that program was postponed a year.

Back in 2018, I wrote about his country album Beaucoups of Blues, which I think is pretty darn good. Unfortunately, many of the links are not working. So check out the album here or here.

In 2016, I discussed Ringo’s “peace and love” initiative, and how we should still do it, even if we’re not sure it’s working.

In 2011, I noted that, around Ringo’s birthday, I play Beatles cover albums. And I have a lot of them.

Finally, back in 2010, I listed my favorite songs by Ringo Starr. Many of the links no longer worked, but I’ve replaced them.

Happy 80th birthday, Ringo. Peace and love to all of us.