1. What has been your Thanksgiving tradition? Do you travel? Do people travel to see you? approximately how many people are present?
2. How do you feel about Thanksgiving? Stressed about cleaning or the “perfect” turkey?
3. Do you think having a holiday denoting thanks is a good idea, or are you of the school that we should be thankful ALL the time?
4. what are you most thankful for right now?

For the past decade Thanksgiving has usually meant going to my parents-in-law’s house 75 minutes away. It’s them, us, a couple cousins, and sometimes a neighbor or two. Interesting how it has evolved since I first went to my not yet in-law’s house in 1994, when all four of the adult children always came home to see Mom & Dad. One is now deceased and the others are married with children with one having far distance to travel.

Thanksgiving used to be the most stressful time of the year. Between 1974 and 1993, I probably was at at least 17 different venues. Thanksgiving tended to magnify the unsettledness of my life.

Of course we should always be thankful. And of course we ae not. A day designed to do that doesn’t seem like a terrible idea.

I’m most grateful that I no longer have a gypsy existence on the fourth Thursday in November. Oh yeah, and my wife and my child and my friends and my family and my job…

The wife and I got a Thanksgiving e-card last week, one of those Jacquie Lawson things in which the pumpkin’s scooped out to make a pumpkin pie; it gets baked, and a slice with whipped cream is available. And on the top a message saying, “Happy thanksgiving!

Well, you can’t really read much of the enclosed message, only three lines at a time. This one says:

Happy Thanksgiving everyone!
Both because we’ll be busy over the next few weeks,
and because i am not sure how frequently everyone
on the list checks their email, I am sending this out
early.

As we approach Thanksgiving we realize that we are
very thankful that some of the ancesters of all of
our Jewish friends had refused to acknowledge and
accept that Jesus Christ was, is and always will be
the Messiah – our Lord and Savior. By their denial,
we gentiles were invited ‘in’.What incredible mercy
and grace to know that we will now not perish
whenever the world as we know it ends, but that as
long as we have admitted we are sinners, asked for
forgiveness; repented and continue to be believe on the
Lord Jesus Christ, that we will be saved from the
firey lake…when the judgment day comes. We are
thankful to them – and to Him.
Much Love to all,
The ZZZZZZZ

(The spelling is in the original.)

I was floored. Not only was it amazingly, and almost gleefully, anti-Semitic, it was also theologically daft. In the Bible I read, Jesus came, was crucified and was resurrected so that everyone, Jew and Gentile, could follow. Whether or not Jews 1900 years ago accepted or didn’t accept Jesus as the Messiah is utterly irrelevant.

This would be less problematic if it didn’t come from people we need to deal with on a regular basis. Oy.
***
I went food shopping for Thanksgiving on Saturday with the daughter. There were only a couple little wrinkles:
1. I lost the shopping list. Must have set it down when I put on my hat, as I found it as soon as I got home. So I forgot about a third of the items on the list, by count but not by cost.
2. I forgot the discount card from the store. This is not insignificant, as it cut the cost of the turkey in half. So I kept on shopping and counted on the kindness of strangers, in particular, one stranger in front of me in line, to use HIS card, and that worked.
And the third problem, this one not entirely of my making.
3. I had one of those personal metal shopping carts to wield the food home. Unfortunately, one of the wheels came off in the parking lot. This had happened before and was fixed, but evidently, not adequately. Thus I’m holding up the cart where the wheel should be, and three days later, my back is STILL aching from the trip. I should note that the daughter had another cart, and she was very helpful. 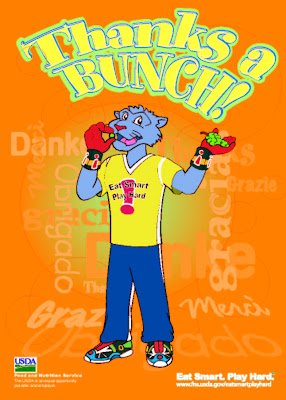 From the BLS: What activities do you have planned for this Thanksgiving? Perhaps cooking and enjoying a meal with family or friends, playing sports or watching sports on television, doing volunteer work, or shopping? Here’s a look at some BLS data behind those Thanksgiving scenes.

For me:
Cooking? Perhaps a little, but I’m at my in-laws, so it’ll mostly be table setting and clean up.
Meal – yes, most definitely. I don’t know why I don’t have turkey at other times of the year. I LIKE turkey.
Watching sports – maybe; if my father-in-law is, then I am.
Doing volunteer work – actually I had planned on having done that already by helping move furniture around the church on Monday for the EQUINOX Thanksgiving dinner in Albany, but then my daughter got sick with pink eye, the scourge of day care centers everywhere, and that plan went out the window.
Shopping – not if I can help it. Shopping on Thanksgiving Day should be limited to buying forgotten cranberry sauce. And NO ONE loathes shopping on Black Friday more than I do. Though online shopping is not out of the question.

The American Farm Bureau Federation tells us that the Classic Thanksgiving Dinner is Still Affordable. For those of us lucky enough to still have jobs, I suppose. For which I AM thankful.
***
The presidential cookie poll.

Have you ever been apple picking?
Why yes, though not recently.

Will you attend a tail gate party this season?
Have I EVER gone to a tailgate party? Maybe inadvertently – someone was tailgating and invited me to join, but I’d say no.

How many sweaters do you own?
Probably four, but I’m never sure. My wife put them away last spring and I have no idea where they are.

Do you get excited about Halloween?
I did even into my twenties, then not so much. I do now because my daughter is trick-or-treating, and since she’s allergic to peanuts, my wife and I can swipe her Sanheim swag.

How about Thanksgiving?
I feel real ambivalence about Thanksgiving. On the one hand I am thankful for what I have. On the other hand, it often feels like a real hassle, either going to the in-laws or, on a couple occasions, hosting my in-laws. No offense to my in-laws, many of whom live less than an hour and a quarter away, but it’s one of those times when my tiny birth family’s distance really bugs me. Also, I’ve had some really crummy Thanksgivings in the past, probably none worse than being invited to someone’s house, then having the invitation withdrawn – for reasons that were unclear – the day before; I sulked on takeout Chinese that year.

Is there an activity you do only in the autumn?
Well, rake leaves, which I add to the compost pile. I usually wait until Veterans Day.

Have you ever burned leaves?
Years ago.

Do you own any ‘scarecrow’ decorations?
I don’t believe so.

Do you plant bulbs?
A few years ago, we planted tulips on an extremely mild December 1. I think Carol still does, but I’ve lost my gardening mojo.

Your fondest autumn memory?
It was a party in 1987…well, that’s all you get.

When does fall begin for you?
When I need a warmer jacket. Sometimes it’s September 15, other years it’s more like November. It’s definitely fall now; I need gloves to ride my bike.

What is your favorite aspect of fall?
I love playoff baseball, football starting around Thanksgiving.

What do you like to drink in the fall?
Hot chocolate.

What is fall weather like where you live?
It seems so variable. It usually gets gradually, or occasionally suddenly cooler. Often, there is a temperature recovery for a few days, before it gets colder and windy I associate November with a dance of the dead leaves.

What color is fall?
Orange-red-yellow-brown.

Do you have a favorite fall chore?
I believe “favorite” and “chore” don’t belong in the same sentence.

What is your favorite fall holiday?
It used to be Columbus Day because Lydia’s day care was open, Carol and I had it off from work, and we could go on a date (lunch and/or movie), but her day care’s closed this year. So, I pick Veterans Day: the notion of a war to end all wars is so appealing, if ultimately unreachable.