The Boomers Ruined Everything.

How To Game Google To Make Negative Results Disappear.

The Meritocracy Myth: Why “Success” is More Complicated Than You Think.

Burned out? You’re not alone. And the world is finally paying attention.

Last Week Tonight with John Oliver: Warehouses, such as Amazon’s.

When PEPSI had a navy.

6 tips you need to know to help you spot fake news. All pretty obvious yet often ignored.

Eugene Schieffelin and the European Starlings.

Now I Know: How Four Dollars Can Unlock American History and When Yellow Cars Became Protest Vehicles and Why It May Make Sense to Draw Eyes on Cows’ Butts and Badge Boys, Badge Boys, Whatchu Gonna Do?

They welcomed a robot into their family; now they’re mourning its death.

The New York Times cuts all political cartoons, and cartoonists are not happy. Nor am I.

Dustbury is winding down at work.

Your Professional Decline Is Coming (Much) Sooner Than You Think.

It was a really bad month for the Internet.

His nationalism has nothing to do with patriotism.

The military parade only furthers his vision of a dumbed-down America that may no longer be up to the task of global leadership.

Jeffrey Epstein, the convicted sex offender who is friends with djt and wjc, explained.

Go to Catskill, NY’s adventurous Bridge Street Theatre and see Joy Gregory and Gunnar Madsen’s acclaimed Off-Broadway hit musical “The Shaggs: Philosophy of the World”. Based on the true story of three sisters from rural New Hampshire whose father forced them to form a rock band, and who recorded an album back in 1969 which has since become a cult classic. I saw it last Thursday and it is a revelatory experience. Yes, it features one of my nieces as one of the sisters. 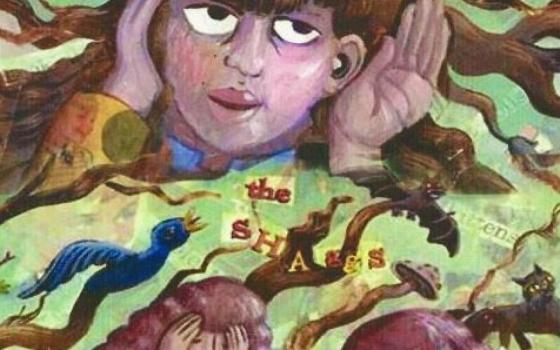 I’ve known Larry Shell since at least since 1981 when he put together the Alien Encounters package for FantaCo. He’s doing a GoFundMe campaign to get work on his house repaired before July 20. “Failure to comply could lead to heavy fines or even the condemnation of the home I’ve lived in for 44 years. The house is livable, it just needs a lot of fixing up,” which he can’t do himself because of health issues.

Ur So Beautiful – Grace VanderWaal.
.
Vox Maris by George Enescu.

You Don’t Own Me, A Feminist Anthem With Civil Rights Roots, Is All About Empathy.