“Restaurant owners routinely deny service to obnoxious Yelpers, noisy children, and even critical restaurant reviewers—this is the norm. These are not protected classes.”

I’m still deciding what to think about the correct responses to injustice.

Dr. Susan Brooks Thistlethwaite, Professor of Theology and President (1998-2008) of the Chicago Theological Seminary wrote Do Not Tolerate the Intolerable: Public Shaming Can Be a Justice Action. “Jesus of Nazareth publicly shamed those leaders he saw were committing injustice in his time, calling them out (Matt. 23:13). Jesus didn’t hesitate to be confrontational. ‘You hypocrites!’ he cried out.”

She points to Professor Gene Sharp, “often called the ‘grandfather of nonviolent direct action,’ who compiled a list of 198 Tactics for The Politics of Nonviolent Action. “Both publicly ‘taunting’ officials and withholding services are on the list.”

I get that. Still, one has to be strategic in this manner. Some of the suggestions from the Sharp list, such as not voting, I’d oppose in the US in 2018, yet would have supported in Russia, when Putin eliminated any real opposition.

Some actor named Hugo noted, and I agree, that actor Robert DeNiro cursing out some guy during the Tonys was a bad strategy. “Sinking ships aren’t saved by succumbing to anger… Progressive change isn’t brought upon society through verbal abuse. Decency and maturity are more effective — a levelheaded, well planned and swift takedown of a demagogue…” 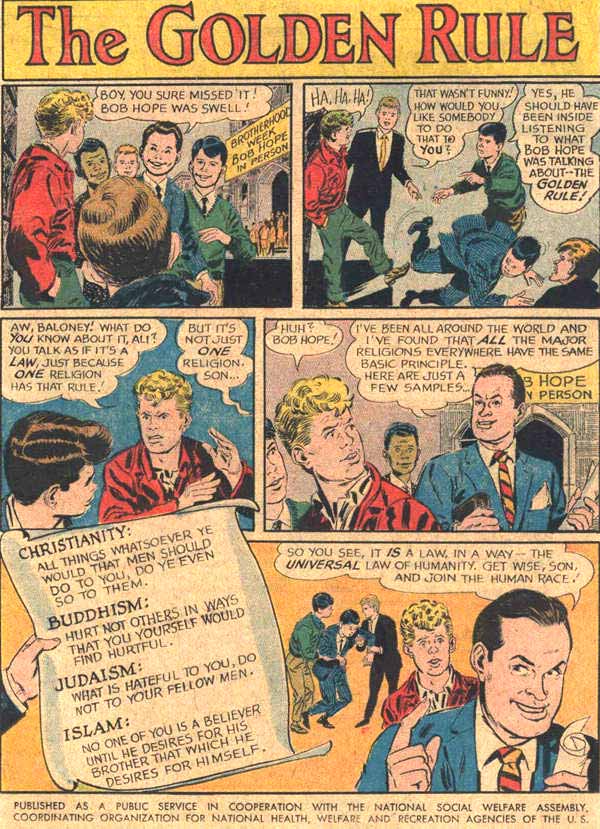 In that manner, I’ve come to understand the owner of the Red Hen restaurant: “Several… employees are gay, which is one of many groups of people targeted by the Trump administration. They were uncomfortable to see the president’s chief propagandist in their midst, so they called the owner, Stephanie Wilkinson, who drove in from home…

“They wanted Sanders to leave. Wilkinson did not attempt to publicly embarrass Sanders. She asked her to step out on the patio, where she explained why she wanted her to leave. The reason… why millions of Americans know about what happened… — is that Sanders used her government Twitter account, which has more than 3 million followers, to try to ruin The Red Hen, which seats 26 people.

“Sarah Sanders is a bully. Any discussion about her that raises the issue of civility is nothing but an intellectual exercise by people who aren’t worried enough about the harm her boss, the bully in chief, is inflicting on this country. Trump attacked The Red Hen on Twitter, too. Of course he did.

“Civility requires mutual respect. The Red Hen employees apparently understood this. If someone spends her days making clear her disregard for you and her willingness to harm you by parroting her boss’s bigotry, no one should expect you to act as if it doesn’t matter when she’s not talking into a microphone.”

BTW, I had forgotten when a baker turned away Joe Biden and received praise from conservatives.

An article in GQ notes: “Restaurant owners routinely deny service to obnoxious Yelpers, noisy children, and even critical restaurant reviewers—this is the norm. These are not protected classes, which include race, religion, disability, and gender, under anti-discrimination laws. Just as posting a ‘no shirts, no shoes, no service’ sign is not equivalent to Jim Crow-era ‘white-only’ policies—there is a wide chasm between bad behavior and immutable characteristics.”
.
Read this piece from Tucker Fitzgerald, a “straight, white, male. I have a Master of Divinity from a Christian seminary,” who “voted for W both times”. He addresses his own shift in Intolerant Liberals, which should explain to conservatives WHY we protest.

I suppose, at the end of the day, in responding to injustice, as our Congressman Paul Tonko said on July 4, we need to resist, to protest, to protect, and to heal. There will be differences of opinion about what that means. I’m still idealistic enough to hope that it’s done with love in our hearts.

The case violated the men’s rights, from the use of secret evidence to the judge’s “targeting instruction” to the jury.


Telling the Story of Two of Our Albany Political Prisoners

“There is no greater tyranny than that which is perpetrated under the shield of the law and in the name of justice.” ~ Montesquieu

August 4 marked the 13th anniversary of the arrests of Yassin Aref and Mohammed Hossain, two Albany Muslims who were arrested in 2004 and convicted in 2006 of terrorism after a phony “sting” operation. To commemorate the date, a coalition of activist groups held a rally, march, dinner, and panel discussion. Each year since the men’s convictions, the Muslim Solidarity Committee and Project SALAM have sponsored such an event so the community will not forget the men, their families, and the injustice done to all of them—and to us. This year we were joined in sponsorship by the Capital Region chapter of NCPCF and the Capital District Coalition Against Islamophobia, but representatives from several other peace and justice groups participated too.


We started with a rally at the Masjid As-Salam on Central Ave., where Yassin was the imam (farther down Central Ave. was where Mohammed, a founding masjid member, ran his small pizza shop). Shamshad Ahmad, masjid president, addressed the crowd of nearly 100. Naturally once the march got underway, it began to rain. We planned to go only two blocks, to the First Unitarian Universalist Society of Albany, but when we arrived everyone was pretty soaked (including cameras).

(Note: The photo at right was taken in front of Masjid As-Salam just before the rally began. Jeanne Finley is on the left. The man is Salah Muhiddin, Yassin’s oldest son.)

As soon as we arrived, of course the rain stopped. Thus we were grateful for a good dinner and for the peach pie dessert—which came with a story told by its originator, Michael Rice, a longtime supporter of Aref and Hossain. Michael planted a peach tree in 2007 at his farm in honor of the men. This year for the first time the tree promised peaches at harvest time—11 of them. Another supporter, Barbara Chapman Dworkin from the Interfaith Alliance, brought peach pies to note this hopeful sign––enough for second helpings for everyone.


The panel discussion, titled “Telling the Story of Two of Our Albany Political Prisoners,” featured attorney Steve Downs, who spoke about the necessity of community and how support for our Muslim community in particular is more important than ever.

Kathy Manley, Esq., Yassin’s appeal attorney and NCPCF Legal Director, spoke about the details of the case and how it violated the men’s rights, from the use of secret evidence to the judge’s “targeting instruction” to the jury – (“The government had good and valid reasons for targeting Mr. Aref, but that should not be a concern of yours.”)

Carl Strock, former columnist with the (Schenectady) Daily Gazette, spoke from a journalist’s perspective; he attended the trial, wrote several columns deploring the case up to and including sentencing day, and later received (along with his editors) a visit from the the FBI and the U.S. Attorney, who complained about the “intellectual dishonesty” of his writing.

Lynne Jackson, a community activist, described the effect of the trial on the men’s families and spoke passionately about the community’s response to the case. And Abuhamza Hossain, Mohammed Hossain’s oldest son, who at age 12 became the family’s media spokesman, was eloquent as he described his family’s resilience and hope through these long years of Mohammed’s absence. Questions, comments, and some emotional observations followed the panel.

Yassin will be released next year, in October; Mohammed’s release date is October 2020. We will continue to hold a remembrance event on August 4 every year until both men are free!

Note: For more photos of the event, click here.
___________________________________________________________
NCPCF Mission
Established in October 2010, the NCPCF is a coalition of national and local organizations as well as prominent individuals, whose mission is: To educate the public about the erosion of civil liberties and political freedoms in society; to provide legal advocacy and support for prisoners within the U.S. criminal justice system and their families targeted after 9/11; and to defend and preserve the rights of all people according to the U.S. Constitution, the Universal Declaration of Human Rights, and the Geneva Conventions

Reprinted, with permission, from the National Coalition to Protect Civil Freedoms