John Oliver’s Monica Lewinsky Interview Should Be Required for Internet Use. The Secret Life of Muslims: An education.

I helped convict two men of murder. I’ve regretted it ever since.

The Secret Life of Muslims: An education.

Jacinda Ardern Has Rewritten the Script for How a Nation Grieves After a Terrorist Attack and Why The World Looks To New Zealand — And Not US and NY Times Editorial Board: U.S. Deserves Leader ‘As Good As Jacinda Ardern’.

These Are the World’s Healthiest Nations. The US is #35 on the list.

Early responses to the Mueller report from Weekly Sift and AmeriNZ.

Public Shaming: Last Week Tonight with John Oliver; this Monica Lewinsky Interview Should Be Required for Internet Use.

The Daily Show with Trevor Noah: The Reparations Debate: Should America Compensate the Descendants of Slaves?

Why You Should Stop Saying ‘Committed Suicide’.

The Trump–Rosie Feud That Ensnared Barbara Walters and Blew Up The View.

Vlogbrothers: Writing and Marriage Advice from Michelle Obama and How to Get a Colonoscopy.

The only metric of success that really matters is the one we ignore.

When Hoarding Is a Disorder.

Mispronouncing Students’ Names: A Slight That Can Cut Deep.

The Power Of Doing Only One Thing.

Maple Sugaring Time In The South End of Albany.

Now I Know: The Trail Ink Left Behind and How a Silly Social Media Thing Helped Break the Ice and When You’re Glad The Bank Isn’t Trustworthy.

Did You Ever Have To Make Up Your Mind – MonaLisa Twins featuring John Sebastian.

Postmodern Jukebox: Video Killed The Radio Star in the style of Queen ft. Cunio and Pinky And The Brain Theme.

King of Anything – Sara Bareilles.

Workshop versions of songs from Hamilton.

George Winston’s Linus and Lucy: The Music of Vince Guaraldi.

Aubrey Logan and her band talk about her new album Where the Sunshine Is Expensive, including a couple clips of the niece/backup singer Rebecca Jade.

The Milton argument regarding prohibition against prior restraint is fundamental to the US Constitution.

The New York State Writers Institute, a local treasure, offered a two-day, six-panel “symposium of topics crucial to an open democratic society” called Telling the Truth in a Post-truth World. The session I attended the evening of Friday the 13th of October at Page Hall on the UAlbany Downtown Campus, was “Presidents and the Press: Trump, Nixon & More.”

This turned out to be extremely timely because the Washington Post had just published Trump’s threat to NBC’s license is the very definition of Nixonian.

There were some interesting moments, such as when Schieffer, who I’ve watched for decades, suggested that Goodman, who had a LOT of fans in the audience, was positing her opinions as facts, citing Daniel Patrick Moynihan. However, Goodman did note that it was important that the corporate media defend itself from attack from the regime.

Americans tend to think of freedom of the press as a uniquely American ideal that has spread throughout the world. But that value was codified more than a century earlier.

From here: “In 1644 the English poet and man of letters, John Milton, published the Areopagitica as an appeal to Parliament to rescind their Licensing Order of June 16th, 1643. This order was designed to bring publishing under government control by creating a number of official censors to whom authors would submit their work for approval prior to having it published. Milton’s argument, in brief, was that precensorship of authors was little more than an excuse for state control of thought.”

Although the freedom expressed took a half century to come to pass in Great Britain, the Milton argument regarding prohibition against prior restraint, or pre-publication censorship, is fundamental to the US Constitution. Threatening censorship prior to publication, as the current regime is suggesting, would have a chilling effect on expression and speech, and would interfere with the pursuit of truth.

Norm was a great hugger.

I always thought of Norman as a surprise. He was this bear of a man, who might have been a Viking warrior at a different time. He was farm-boy strong. I learned that many years ago when he accidentally put a Roger-sized hole in the baseboard of our mutual friend Bill Anderson’s apartment.

He had that young man with the gray-to-white hair as long as I’ve known him. He wore it well. I met him, as did a few of us gathered at his funeral, at FantaCo, the comic book shop shop on the first block of Central Avenue, where Broome and Bill and I all worked at some point in the 1980s or ’90s.

I specifically remember the surprise party that was thrown for Norm on his 30th birthday party. Almost all the presents had a bovine theme.

He was this farm boy with a sometimes goofy grin, who was book smart. END_OF_DOCUMENT_TOKEN_TO_BE_REPLACED

This picture of me with Scott Jarzombek is NOT indicative of my mood that night.

I had met the three hononees before. Interestingly, two of them work for the local newspaper, the Times Union, and one did for about a decade.
END_OF_DOCUMENT_TOKEN_TO_BE_REPLACED

I rant about the JEOPARDY! Million-Dollar Tournament. 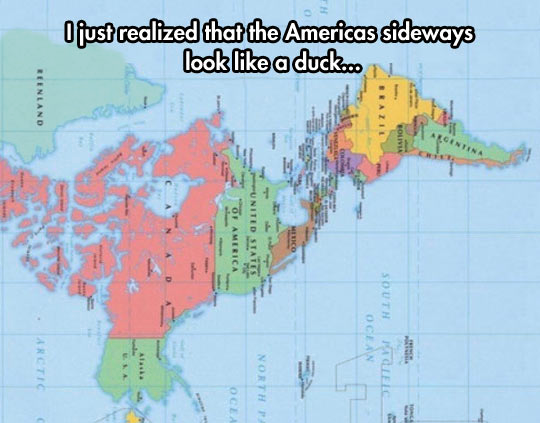 Descendants of Solomon Northup, who recounted his story in a memoir, 12 Years A Slave.

The Real Origins of the Religious Right. “They’ll tell you it was abortion. Sorry, the historical record’s clear: It was segregation.”

Dustbury points to an article about how the ineptitude of the Department of Veterans Affairs, and its predecessors, go back nearly a century.

The Worst Argument Ever Made Against Gay Marriage.

Amy Biancolli’s book: To plunge is to live. Also, her parents in love.

Judy Sanders, former local news reporter and photographer, is dying of ovarian cancer. Confronting the long goodbye from Paul Grondahl, and a piece by her former colleague, Ken Screven.

Diane Cameron’s blog Love in the Time of Cancer has been going on since 2008, but I just discovered it.

Getting kicked out of the prom.

New York Erratic asked: “Have you ever dated anyone who turned out to be gay?” END_OF_DOCUMENT_TOKEN_TO_BE_REPLACED