Oh, my spouse made orange JELL-O with chunks of pineapple!

Anyone get the license plate of the truck than ran me over? Not literally, but…

Friday, March 10 – The Daughter was having some muscle pain, and I stayed with her, figuring she was dehydrated or something. But then she developed a fever, and felt lousy, as we tended to her with cold compresses and OTC medicine.

Saturday, March 11 – She seems better. Her fever is gone. She was helping the cleaning for my annual hearts party, which was a lovely event. But beware the two of diamonds! I theorized that she willed herself to be well, because she knew it was important to me.

Sunday, March 12- She’s feeling worse again, and her fever returned. The Wife stayed home with her, while I went to church.

Monday, March 13 – the Wife took the Daughter to the MD, who diagnosed her with strep throat AND either a cold or the flu.

Tuesday, March 14- you may have read how the snow forecast was overblown in the big cities such as Philadelphia and NYC. Well, it wasn’t overblown in much of upstate NY. My hometown of Binghamton got over 30 inches, about 3/4 of a meter, and Albany got a total of 20.5 inches, over half a meter. It was the first time in 36 years, I’m told, that the state closed down, allowing “non-essential” personnel to stay home without having to use a vacation day.

I shoveled the first six inches, no problem. But attacking the next nine was much harder than it should have been. It WAS windy and a near blizzard, but still, I should have been able to handle it. I was grateful for The Wife’s assistance to finish the job. I went to bed early, around 8:30 p.m.

Wednesday, March 15 – I was going to drag myself to work, which, in retrospect, would have been a mistake. But since the Daughter was still recovering, I tended to her. By the afternoon, though, I asked The Wife to take me to the urgent care place. After about three hours there, which included various tests and a chest x-ray, it was determined that I had BOTH pneumonia AND influenza, despite having gotten a flu shot back in November. My wife decided to sleep in the spare room, which I thought was wise.

Thursday, March 16 – Did not sleep well. I was so congested I thought I was suffocating. My attention for anything – the computer, TV – is about 15 minutes. I can’t read a book or anything that requires focus. Oh, my spouse made orange JELL-O with chunks of pineapple! You’d be amazed how for that 10 minutes, how almost happy I was. Being sick will do that.

Friday, March 17 – Tried to write a blog post, but I kept writing the wrong word – “committed” when I mean “commented,”, e.g. I DO know the difference MOST of the time. And it’s exhausting to sit up. We have seven movies (DVDs) we got in anticipation of the snowstorm, but can’t focus enough to watch any of them, but for one we all saw back on Tuesday.

Saturday, March 18 – Lots of strange dreams about aliens, Burger King, the Berman family (my great-aunt Charlotte’s people). The one thing I remember in a dream was that the dreams you have do represent a memory of your life, but it may be an event that has not yet taken place. I think the dreams are a direct result of being dehydrated, probably from some medicine finally kicking in.

This feels like drunk blogging. I’ve started about six posts this week, and, including this one, the number completed so far: one.

Tuesday, I see my primary care physician. Until then, I’m not operating any heavy machinery.

Save the Children received a grade of A in the December 2011 Charity Rating Guide & Watchdog Report. 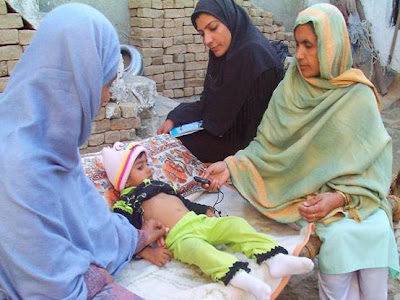 I knew instinctively that childhood pneumonia deaths, once too common, are now very rare in the US. I’ve been told that they have decreased almost 99% since 1939, thanks to the discovery and availability of effective medications. But children from developing countries aren’t so lucky. Each year 1.4 million children under 5 die from pneumonia – more than any other cause. More than from AIDS, malaria, and measles combined!

Here’s a short Mission: Pneumonia Quiz. Better yet, go to the World Pneumonia Day page to watch a video and read a personal story of how pneumonia affected one family.

This event is sponsored by Save the Children, which, not so incidentally, received a grade of A in the December 2011 Charity Rating Guide & Watchdog Report from CharityWatch, formerly the American Institute of Philanthropy (AIP); I’m a member of CW, and I checked its database to verify that indeed STC’s cost to raise $100 is only $10, quite low as these things are calculated. Moreover, they have an “open book” policy when it comes to finances. The 2011 Save the Children Gift Catalog is now available.

Pneumonia is the world’s leading killer of children, but there are viable solutions. I recently read the Lancet study about how the administration of oral amoxicillin to the children aged 2–59 months in a Pakistan region by community health workers has provided “strong evidence” that the methodology used is likely to “contribute further to a reduction in the number of pneumonia deaths.” That is quite promising news, but it takes resources, money well spent in creating a solution.

Photo credit: In Pakistan’s Haripur district, Lady Health Worker Naseem bibi counts 1-year-old Usama’s breaths, before successfully treating him for pneumonia. A new Lancet study by Save the Children shows that children treated by community health workers at home were more likely to recover from severe pneumonia than those referred to a health facility, the current standard of care. Just ahead of World Pneumonia Day, the study offers new hope for treating the world’s leading child killer in communities where hospitals and doctors are out of reach. Credit: Save the Children