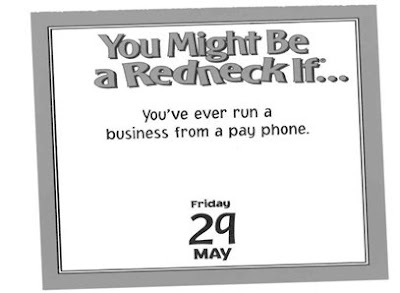 My goodness, I have been EXHAUSTED lately, ever since I got back from visiting family in Charlotte, NC last week. Not just a little tired, but wiped out. I HAD to mow the lawn when I got back – nine days and lots of rain since the last time, but it felt as though the mower was holding me up.

Part of it is the constant use of the automobile. In the course of a week at home, I’ll bike or play racquetball or at least walk to the supermarket or the pharmacy. I took one walk with Lydia in Charlotte, and I was uncomfortable with that. No sidewalks and people drive way too fast, especially on the curve near my mom’s house.

I was so tired that a call I got on Friday it took me until Monday to call back. Calls from the weekend I STILL haven’t returned. Lydia too had been sick three or four days.

Eating at 8:30 pm is contraindicated for my five-year old. Indeed, some of my frustration wasn’t about me being stuck for 3.5 hours at Wal-Mart(!). It was that, on Sunday, we went to church, then a cake thing for the niece and another girl graduating from high school, then ANOTHER church service, then ANOTHER cake thing. we went to eat at Mickey Ds, then to the Wal-Mart. we were supposed to get photos at 4 pm, but when the photographer hadn’t acknowledged us at 4:45, we left.

It went on like that with increasing frustration, about which you’ll undoubtedly hear more. That said, I was glad my niece and my daughter got along so well. And a highlight of the week was when my 30-year-old niece called and shared with her mother her love of The Wonder Pets; my sister was momentarily slackjawed, but ended up appreciating it herself when she watched with Lydia.
***

Running stop light = $100.00
DUI = $5,000.00
Not wearing a seat belt = $50.00
Putting you AND your girlfriend on your fake driver’s license = PRICELESS
(Allegedly, an actual driver’s license from a traffic stop.)
***
Beautifully stated insults
***
Tapping your cell phone
***
Covertube: Toto’s “Africa” performed by Perpetuum Jazzile. Even if you don’t like the song, at least watch the percussive first 90 seconds.
***
Weird Al channels Jim Morrison
***
Han Solo, P.I.; the side-by-side comparison is astonishing.
***
When Scottish Sheep Herders get bored
***
Getting your child to sleep. This is of particular interest to me because it’s being offered by an apparently local pediatric sleep expert named Dr. Roger Green.
***
The Joy of Less
***
Budget Travel hosting a contest to vote for “America’s Coolest Small Town”, and Owego, the only town in NYS nominated, won. It’s the county seat of the county next to my home county of Broome. My grandma owned property there years ago.
***
This spam pleased me:
The Fondation De France(FDF) would like to notify you that you have been chosen by
the board of trustees as one of the final recipients of a cash Grant/Donation of
$1,350,000.00.This is a yearly program, which is a measure of universal development
strategy.
To file for claims…
Please endeavor to quote your Qualification numbers (FDF-444-6647-9163) and always
check you inbox, spam or junk for our emails and updates.
***
I’m not older than dirt…yet.
ROG