A Touch of Glee

Unaccountable Accounting in the Pentagon.

Facial Recognition Technology and AI Are Tainted With Racial Bias.

Politifact has looked into 42 of Limbaugh’s controversial statements, and found zero of them to be entirely true. Thirty-five were rated Mostly False, False, or Pants on Fire.

BUT… Let’s Talk Each Other Down.

Sir Nicholas Winton, the hero who rescued 669 Jewish children on the eve of WWII.

Son rebukes his racist dad who asked immigrant, “Why didn’t you stay in Mexico?”

We can become more prosperous while taking better care of our planet.

Lin-Manuel Miranda gives us a lesson in the slang of Broadway.

What it’s like to live without a sense of smell.

The color of your clothing can impact wildlife.

James Corden: The late-night TV host sees his job as a chance to spread joy and he “comes clean” on the subject of whether he drives the car in his “Carpool Karoke” segments.

John Oliver: asks questions and is interviewed by Ali Velshi and Push Notifications.

In response to a Facebook meme about putting up pictures of sci-fi shows, I posted one from The Wild, Wild West, which we decided was steampunk. Just a couple days later, Robert Conrad had died at 84.

Pushing Daisies – the great show that never got a fair shake.

One Second from Every Muppet Show Episode.

Actor and game show panelist Orson Bean, born Dallas Frederick Burrows, has died. He was the correct response that I got on my first JEOPARDY! appearance. Later, one of the competitors I did not play was happy for that fact, because he had no idea who Orson Bean was.

The Anti-Labor Origins of the Oscars and Why Are There Random Colored Squares on My Box of Almond Milk? and A Creative Way to Pay the Czechs and A Frank-ly Kind Act and The Drones With Brains of Their Own.

Rebecca Jade, the niece: (I’m Gonna) Love Me Again – Elton John at the Oscars, 9 Feb 2020. In the video, Rebecca Jade is screen left, in the middle. Also, listen to Miss You.

Coverville: 1294: Covering the 2020 Inductees for the Rock and Roll Hall of Fame and 1295: The 40th Anniversary Tribute to London Calling.

Hoopla: A Touch of Glee by George Walker.

Everybody Wants To Be Sondheim – Alan Chapman.

That time Johnny Rotten called me a “stupid, filthy sod.” 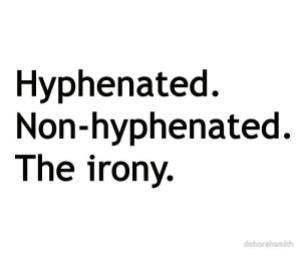 I saw Elton John in concert on 15 September 1998 with my coworkers Mary and Anne at what was then the Pepsi Arena, ne the Knickerbocker Arena, now the Times Union Center. We had what I had thought were not very good seats, in a balcony, practically stage left. But actually they turned out to be great; we could see him making entrances and exits, and what we couldn’t see, we could catch on nearby monitors.

It was a wonderful show. I don’t specifically remember the set list, though I doubt it was much different than what he played a month later at Madison Square Garden. What I do recall is that, even then, he had others sing the highest parts of what he managed to do on his own a quarter century earlier, which is no big deal.

Some years ago, my online buddy Johnny BacardiDavid Jones put together reviews of the Elton John songs that saw release on the 11 albums between 1969 and 1977, plus select singles. I was a big fan of this project. I’m not similarly motivated to replicate it, but I do notice that most of the songs I picked as my favorites primarily cover the same territory.

The Elton John (EJ) album, which I had thought at the time was his first album, I played a LOT. Tumbleweed Connection (TC), with this Wild West motif, is even more poignant now, since my father died. Madman Across the Water (MATW) was probably my favorite, though Goodbye Yellow Brick Road (GYBR) challenged it.

If memory serves, Captain Fantastic and the Brown Dirt Cowboy opened on the Billboard charts at #1 in 1975, and it wasn’t my favorite collection. The single, Someone Saved My Life Tonight I did not like. “Sugar bear” reminded me of pre-sweetened cereal. So my prime EJ period may be shorter, though I probably have more tolerance of the later Disney songs that David has.

Elton John made minor news recently when he walked into Vancouver record store and asked for gangster rap.

Here are 20 songs, my favorites roughly last. I could have picked 20 different ones.

Border Song (EJ) – this, and Your Song, probably suffered from too many covers that wore on me
Saturday Night’s Alright for Fighting (GYBR)
Don’t Let the Sun (Caribou)
Mona Lisas and Mad Hatters (HC)
Your Song (EJ)

I have always loved the backstory regarding Lennon’s Whatever Gets You Through the Night.

I’ve written often enough about John Lennon, especially on his birthday (October 9), and on this date, that I was musing on what to write on this 35th anniversary of his death. You’ll see I’ve mentioned SOMETHING about John EVERY December 8 since this blog started in 2005, except in 2007, although it was more oblique in some years than others.

In any case, I found this link to Top 5 songs written in tribute to John Lennon. Four of them I had actually put on a compilation disc together some years ago, along with:

songs written by one or more Beatles but performed by others, e.g., It’s For You by Three Dog Night; Goodbye by Mary Hopkin; Fame by David Bowie
songs about the Beatles: Beatles, Please Come Back by Gigi Parker And The Lonelies; I Dig Rock And Roll Music by Peter, Paul & Mary
*even songs by AND about the Beatles or their members: Glass Onion from Anthology 3; Early 1970 – Ringo Starr; When We Was Fab- George Harrison.

The one tribute song from the above list I was unfamiliar with was Queen’s Life is Real (Song for Lennon).

The others:
Empty Garden (Hey Hey Johnny) by Elton John
I have always loved the backstory regarding Lennon’s Whatever Gets You Through the Night; its success meant John had to play at Elton’s MSG concert in 1974, which eventually meant a reconciliation between John and Yoko.
Here’s a 1999 live version of Empty Garden.

Here Today by Paul McCartney
When I first heard it, I thought it was a bit treacly; I’ve quite changed my mind. Certainly, by the time I watched the live 2009 NYC version, I was in a totally different head.
I wish that John and Paul had shown up at the Saturday Night Live studio back in 1975.

All Those Years Ago by George Harrison
George modified the lyrics of a song he had written for Ringo because the drummer thought the song was too high in his range. It made a lot of people happy that the song featured vocal contributions from Paul and Linda McCartney, as well as Ringo’s original drum part because it was a big hit.

The Late Great Johnny Ace by Paul Simon
This song segues from a tale about a singer in the 1950s to Beatlemania to a final verse about how he first heard the news that John had been killed. From Paul Simon’s worst-selling album up to that point. The Phillip Glass ending instrumental for strings, clarinet, and flute is painful mournful.
Here’s the original acoustic demo

The Princess Diana version of Candle in the Wind is listed as the second best-selling single of all time,

When you are not very good at crafts, it’s nice to actually find a small niche in which you are not horrible. What I liked about candle making, which I did a few times when I was eight to ten years old, is that it was so relatively easy, even I couldn’t screw it up. Thank you, paraffin.

When I briefly attended a Unitarian church in a city near Albany, I left in part because they actually had a meeting/debate about whether or not to use candles. The argument against was that they were “papist”, too much in the Roman Catholic tradition, though I was a long-standing Protestant had lit plenty of church candles over the years.

One of the traditions of a lot of churches, including the last two, is to light candles and sing Silent Night by candlelight, before blowing them out, and singing Joy to the World as the lights come on. My previous church used to save all the used candles, and melt them down, to add to what became one massive candle. Last I saw it, it was well over a meter tall and weighed dozens of kilograms.

The Daughter loves lighting a candle when we have dinner, for no occasion at all.

Elton John performed a song called Candle in the Wind [LISTEN] in 1973, in honor of the late Marilyn Monroe, who had died a decade earlier. The tune appeared on the Goodbye Yellow Brick Road album. The song was reworked in 1997 to honor Diana, Princess of Wales.; that single reached No. 1 in many countries, listed as the second best-selling single of all time, after White Christmas. LISTEN to the performance at the funeral, a recording of which I own.

Finally, from the musical-turned-movie Rent, Light my candle [LISTEN]