That guy from the band Genesis

Among all the “cool,” snarky kids writing about the “bad” music of the 1980s, the oeuvre of Phil Collins often shows up. In The Worst Rock ‘n Roll Records of All Time (1991), Collins appears with Paul McCartney and Duran Duran as one of the worst artists. Only Billy Joel fared worse. There are lots of truly horrific artists in the decade. Yet Phil bashing became de rigeur.

More recently, there’s some nastiness in the press from his ex and her new spouse, shut down by a judge. And she may be on one of those Real Housewives show. REALLY Don’t Care.

I must admit that I was oblivious to the drummer back in the Peter Gabriel era of Genesis. It wasn’t until he became the lead singer of the band that I knew his name. While there are songs of his I wasn’t that fond of, there are a few I like, and one (the obvious, last one) I love.

That’s All – Genesis. It feels Beatlesque, which was its intent, I read.

Land of Confusion  – Genesis. Over the top political puppetry.

Tonight, Tonight, Tonight – Genesis. I like the description of the video: “electronic drums and ethereal synthesizers… stir in some stark, scary lyrics about scoring dope… and—voilà!—you’ve got yourself the ’80s! Er, well…you know, one facet of the ’80s anyway.”

Jesus He Knows Me – Genesis. This hits on my fascination with songs that show religiosity in an unfavorable light.

Another Day In Paradise  – Phil Collins. Wikipedia notes that his character “observes a man crossing the street to ignore a homeless woman, and he implores listeners not to turn a blind eye to homelessness.”

Take Me Home  – Phil Collins. Is this based on the novel One Flew Over the Cuckoo’s Nest? Features Sting and Peter Gabriel.

In The Air Tonight – Phil Collins. He “wrote the song amid the grief he felt after divorcing his first wife Andrea Bertorelli in 1980. In a 2016 interview, Collins said: ‘”I wrote the lyrics spontaneously. I’m not quite sure what the song is about, but there’s a lot of anger, a lot of despair and a lot of frustration…'” Feelings I can relate to.

“While recording ‘Intruder’ for his former bandmate Peter Gabriel’s third solo album, at some point Collins started playing the drums while the reverse talkback was activated. Engineer Hugh Padgham was amazed at the sound achieved.” I love Intruder, and that album is on my desert album list.

“In 1984, the song was memorably used in a scene from the first episode of the television series Miami Vice,” which I watched. Phil Collins hit a then-president with a cease and desist order after his people played the song at one of his rallies in October 2020. 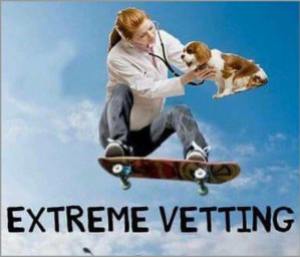