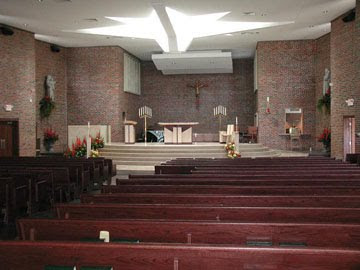 So the junior senator from Illinois was out making speeches in 2005 and 2006, touting his religious conversation, from someone of not much faith, rather like his mother, to someone who had found Jesus. Then when he decided to run for President, you would think that this would have put him in good stead with that crowd. But the Rev. Jeremiah Wright controversy muddied the waters, and his absence from regular church attendance since he was elected President helped the “Muslim” thing stick.

Much of the media, particularly in the early part of this century, helped establish the narrative that the fundamentalists were the “values voters”, which truly infuriated me. I have values; I vote. How did the term get so co-opted?

Part of the problem with the liberal/progressive church is the problem with liberals in general. Some people have suggested that we condemn this one or that, but unless it’s a real outlier (Rev. Terry Jones, the would-be Koran burner), it is generally disinclined to criticize. “That’s not we believe, but you’re entitled to your views.”

And let’s face it: fundamentalism is just plain simpler. The Bible is the inerrant Word of God and every word is factually true vs. the Bible is not a history book, and that God gave us reason, intellect, tradition to discern what God is saying to us in these times. Now, what’s easier to explain, a black-and-white philosophy or nuance? And as this article suggests, the fundamentalists work harder because they have, historically, been outsiders.

But hey, maybe you folks out there have a better idea. How DOES the mainstream church better present its message of tolerance so that it isn’t drowned out by some yahoos who suggest, e.g., that the Haitian earthquake, or Katrina, or 9/11 is God’s punishment?

Haven’t talked about politics for a bit, not because there hasn’t been anything to talk about it – that’s hardly the case – or even because I don’t want to talk about it. But I do find it a tad enervating.

As you may have heard, Senator Joseph Lieberman (I-CT) has suggested stripping suspected terrorists of their American citizenship. As he notes, there is a precedent of stripping enemy war combatants of their citizenship, going back to World War II.

The primary, and SIGNIFICANT difference, is that the people mentioned in the WWII bill were CONVICTED. Lieberman wants to decitizenize SUSPECTED terrorists, presumably so they can be tried in military tribunals. This and the whole Miranda rights hoohah – we’re getting quite sufficient information from the NYC near-bombing suspect, thank you is disheartening. Someone suggested that Lieberman be disbarred – can one get disbarred for speech, even stupid speech?

Then there’s the oil spill, which I, almost instinctively, blame on Dick Cheney. I’ve tired of hearing the il spill is “Obama’s Katrina”, though I’ve thought for a while that the government that is supposed to be regulating the industry is too dependent on those being regulated; see also, bank bailout. Obama’s promise to become less dependent on the industry calling the shots is welcome news. It’s practically necessary after some woman in uniform (not Landau) referred to BP as the government’s “partner”.

I don’t know what to make of the John Kerry/Joe Lieberman climate and clean energy proposal. People whose opinions I trust are all over the place on it. Ditto the Supreme Court nominee Kagan, criticized from the left and the right before she was even selected.

I hear the so-called MainStream Media kvetch that we are getting too much of our news from sources such as Jon Stewart. But too often, the MSM will report a story without giving the greater context. In a piece called American, Apparently, Stewart skewers the gross overuse of a phrase too often used by politicians and news pundits. It’s dead-on correct. Jon Meacham, editor of Newsweek, whose magazine only that day, became news itself when it was announced that the Washington Post was selling it, was the guest that night. Maybe that’s why he has that new PBS gig and the book thing.

Lena at a mere 73 from LIFE magazine.

Lena Horne died last week, and the sociopolitical import of her career cannot be overstated. But I’m not equipped right now to write about that; you can read the New York Times piece Conversely, I can say that she was gorgeous, even in her seventies and eighties.

Finally, the title of this piece came from a song by, of all people, Seals & Crofts, from a song written by them called It’s Gonna Come Down on You from their 1974 Diamond Girl album. I owned it on vinyl until the breakup with my college sweetheart. It’s a schizophrenic song that starts off with guitar and mandolin but has brief surges of screaming electric guitar in the chorus, as you can hear here.

Please note the contest on the sidebar.