They don’t think capitalism will exist by then

The invasion of Iraq more than a US “blunder,” or “colossal mistake;” it was a crime

The Return of the Chicken Hawks

Give Teachers Guns, And More Black Children Will Die

Obamas to Parkland students: “You’ve helped awaken the conscience of the nation”

I Tried to Befriend Nikolas Cruz; he Still Killed My Friends

Don Blankenship, the worst man in America, is running for Senate

Non-disclosure agreements for White House staff? Not so fast

Why the Stormy Daniels story matters – it’s not about sex, it’s about the abuse of power

After the Storm – post-hurricanes Irma and Maria in the U.S. Virgin Islands last fall, some people showed up and stayed

New York City exporting homeless families to other parts of the state, including my hometown of Binghamton

How to Decipher a Sarah Huckabee Sanders Press Conference

Sophia Jex-Blake, part of the Edinburgh Seven who campaigned for the right of women to study medicine

Now I Know: How Chairman Mao Turned Freedom into Oppression and How Hitchcock Kept Psycho a Secret and How a Nearly-Perfect Crime Became Perfect Again and When the Driver Walks Away and Why Tennis Balls Are Yellow and Why You Shouldn’t Eat Those “Do Not Eat” Packets

Lois Lane, The Pulitzer Committee Wants Their Prizes Back

5 O’Clock World – the Vogues, with more of their songs

DJT and I have the same favorite song

He’s Steven Spielberg, for crying out loud, one of the most consequential movie directors and producers of all time, and certainly of the past half century. I was fascinated to see all the work he’s done in the 21st century that I have NOT seen.

Early on, Spielberg also directed episodes of TV shows that I watched, often religiously, such as Owen Marshall, Counselor at Law; Columbo; The Name of the Game; Night Gallery; and Marcus Welby, M.D., all in 1969-1971 END_OF_DOCUMENT_TOKEN_TO_BE_REPLACED

I saw a segment on CBS Sunday Morning earlier this year about the National Museum of American Jewish History, which opened in November 2010. I was unfamiliar with the facility, but I assumed it was somewhere in New York; I assumed incorrectly.

It is in fact located in Philadelphia, not far from the Independence Hall. This was deliberate, a reflection of, initially, a “tiny minority [who] sought, defended, and tested freedom—in political affairs, in relations with Christian neighbors, and in their own understanding of what it meant to be Jewish.” Then “the migration of millions of immigrants who came to the United States beginning in the late 19th century and who profoundly reshaped the American Jewish community and the nation as a whole.”
END_OF_DOCUMENT_TOKEN_TO_BE_REPLACED 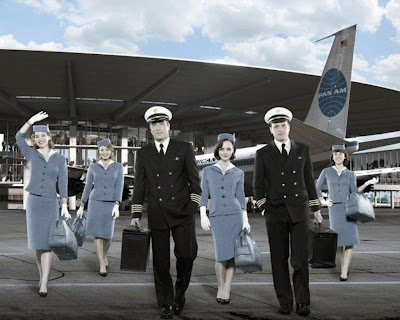 I’ve been rereading the extensive list of shows that will be on ABC and CBS and NBC and FOX and the CW. I came to the conclusion that there probably isn’t a single new show that I’ll start watching. I’ve ODed on police procedurals, the comedies don’t sound particularly funny, and the few shows I might have given a chance to END_OF_DOCUMENT_TOKEN_TO_BE_REPLACED