You know, this political season has made me exhausted. I hoped the election would settle things, though I had my doubts.

Sure enough, Attorney General Barr is acting like IMPOTUS’ personal attorney. The future ex-President removes the scientist from overseeing a key climate assessment report. The grift continues. He seems to be engaged in a scorched earth policy. If he doesn’t concede, the GSA head won’t release the mechanism for Joe Biden to be a part of an orderly transition.

But it’s more than that. The vitriol is still strong. And, as people saw on my Facebook feed that Saturday, some guy came around to attack me personally for being pleased that Biden had won. It wasn’t some random guy either, but a fellow who had been my next-door neighbor when I was growing up in Binghamton, NY. Let’s call him Greg because that’s his name.

Greg had been around trolling me in the past. But I had found him useful. It’s important, I think, to understand how others think. This time, he was hyper-critical and fairly nasty at that. He said that I didn’t vote for the man because IMPOTUS had hurt my feelings?

Well, no, I objected to him trying to wreck the very fabric of the country: the postal service, the Census, the CDC, the Justice Department (see above), the EPA, etc, etc, etc.

Greg also seemed to be offended because I was a fool not to recognize that I’m financially better off under the regime. He never used the term directly. But I sensed that he was suggesting that since black people’s unemployment was down, pre-pandemic, I was oblivious to the regime’s “greatness.”

Here’s the thing. I don’t agree with the premise. The tax cut helped the rich far more than regular folks. But even if I had concurred, I still thought his policies, toward COVID, immigration, the environment, and so much more, plus his constant lying, were disqualifying attributes. But why pick on me? There were plenty of people who are happy that the reign of error was over.

Then I saw Remembering RBG: A Nation Ugly Cries with Desi Lydic. It was a special program from The Daily Show folks. Desi was going through the five stages of grief as described by Elisabeth Kübler-Ross after Ruth Bader Ginsburg’s death. Although, instead of acceptance, the fifth stage is action. Not incidentally, Elizabeth Warren, as usual, offered wise counsel.

So Greg, I recognize, was grieving. He dumped on me because he sort of knew me, though I haven’t seen him in a half-century. I get it.

In my recollection, when Hillary lost in 2016, the reaction was mostly utter shock and depression, not rage. As my teenage daughter noted, in 2016, we were saying, “That can’t be true!” even as we grudgingly knew, unfortunately, it was. The losing side in 2020 has been fed the notion “It IS NOT TRUE!” (See John Oliver.) That’s a harder bridge to cross.

BTW, I remain infuriated by the continued voter suppression, particularly in Florida. The GOP won the state by about 340,000. More than twice as many released felons were disenfranchised. Maybe the Sunshine State COULD have gone the other way…

Voter suppression is alive and well in 2020 America. Some of it is systemic, some intentional.

You may recall that the good voters of Florida – I write that without irony – decided that they would do the right thing in 2018. They reinstated the voting rights of felons who had served their time, except for murderers and sex offenders. Constitutional Amendment 4 was passed overwhelmingly, to my surprise.

But wait! The state legislature almost immediately added a provision that if felons owed fines and court costs, they STILL couldn’t vote. To no one’s surprise, many of the felons are poor. So the extra requirement amounts to a poll tax, which is a violation of the 24th Amendment, ratified in 1964.

To make things more complicated, it is also difficult for felons to determine what they owe. The Florida Division of Elections web site says:

If a person is still unsure about fines, fees, costs, and restitution, and the impact upon restoration of voting rights, the person can ask for an advisory opinion from the Florida Division of Elections. Please review section 106.23(2), Florida Statutes, and Florida Administrative Code Rule 1S-2.010 for how to ask for an advisory opinion and what information is required.

Meanwhile, former New York City mayor and rich guy Michael Bloomberg, with others, is trying to clear the financial debt of the freed felons. Naturally, Florida’s attorney general Ashley Moody has an issue.She requested that the FBI and the Florida Department of Law Enforcement investigate Bloomberg’s efforts, as “potential violations of election laws.”

Bloomberg and his political operation “have raised more than $16 million from supporters and foundations.” The goal is “to pay the court fines and fees for more than 30,000 Black and Latino voters in Florida with felonies, allowing them to vote in the upcoming election.” Ya know, Florida, if you didn’t violate the will of your populace by instituting a poll tax, Mike and his colleagues wouldn’t NEED to pay off the felons’ tabs.

With far more people likely to vote by mail in the Keystone State than ever before, this decision literally could decide the presidential election in November. Know also that a total of 16 states are required to provide secrecy sleeves for absentee/mail ballots. That includes New York. Whether those votes will be disregarded without following the correct procedure, I honestly do not know.

Talking about them exhausts me because nuance often gets lost. 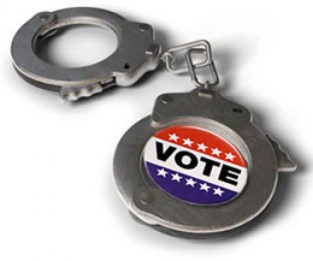 There was this story a couple months ago about voter suppression in Tennessee being overturned. I was speaking about it to someone about how small court fines could disenfranchise a voter.

A party listening in, not part of the conversation, chimed in, “Well, then that’ll get them to pay their fines.” I realized, of course, that they hadn’t read the story.

“The case was about the state confiscating driver’s licenses of people who had been unable to pay court costs when appearing for various misdemeanors. Losing their licenses severely impacted their ability to find or keep employment which would have enabled them to pay later.

“In some cases, desperate people would drive even without a license in order to work, and when caught driving without a license would then face further court costs in a terrible cycle which seemed almost designed to keep people indigent (and also disenfranchised)… Taking away driver’s licenses from people who are too poor to pay court costs is, in a very real way, a tool of institutional voter suppression.”

I realized that some people actually believe that allowing a citizen to be disenfranchised essentially for being poor. Damn, that’s why the US got rid of the poll tax via the 24th Amendment. See Carol Anderson – “ONE PERSON, NO VOTE” & THE IMPACT OF VOTER SUPPRESSION – interview on The Daily Show.

Moreover, this idea IRRITATED me greatly, and I suspect that the interloper could hear the disdain in my voice. I have the same contempt for a Supreme Court that sided with vote suppressors in Ohio to remove more than two million voters from the rolls simply because they hadn’t voted recently. Check out this story from Virginia.

This is why I tend to WRITE these things. Talking about them exhausts me because nuance often gets lost. “They did something, so they should be punished” often runs smack dab into constitutional rights and the ability of life, liberty and that pursuit of happiness thing suggested by the Declaration of Independence.

It’s not that I CAN’T talk about these issues, but rather I believe I’m less EFFECTIVE at it than writing about it. I can rethink and edit without too much emotional involvement.

If I DON’T talk about it, and I have an opinion – occasionally I don’t – wait a few days, or maybe a few weeks – and I’ll send you my thoughts in a blog post.