You know, this political season has made me exhausted. I hoped the election would settle things, though I had my doubts.

Sure enough, Attorney General Barr is acting like IMPOTUS’ personal attorney. The future ex-President removes the scientist from overseeing a key climate assessment report. The grift continues. He seems to be engaged in a scorched earth policy. If he doesn’t concede, the GSA head won’t release the mechanism for Joe Biden to be a part of an orderly transition.

But it’s more than that. The vitriol is still strong. And, as people saw on my Facebook feed that Saturday, some guy came around to attack me personally for being pleased that Biden had won. It wasn’t some random guy either, but a fellow who had been my next-door neighbor when I was growing up in Binghamton, NY. Let’s call him Greg because that’s his name.

Greg had been around trolling me in the past. But I had found him useful. It’s important, I think, to understand how others think. This time, he was hyper-critical and fairly nasty at that. He said that I didn’t vote for the man because IMPOTUS had hurt my feelings?

Well, no, I objected to him trying to wreck the very fabric of the country: the postal service, the Census, the CDC, the Justice Department (see above), the EPA, etc, etc, etc.

Greg also seemed to be offended because I was a fool not to recognize that I’m financially better off under the regime. He never used the term directly. But I sensed that he was suggesting that since black people’s unemployment was down, pre-pandemic, I was oblivious to the regime’s “greatness.”

Here’s the thing. I don’t agree with the premise. The tax cut helped the rich far more than regular folks. But even if I had concurred, I still thought his policies, toward COVID, immigration, the environment, and so much more, plus his constant lying, were disqualifying attributes. But why pick on me? There were plenty of people who are happy that the reign of error was over.

Then I saw Remembering RBG: A Nation Ugly Cries with Desi Lydic. It was a special program from The Daily Show folks. Desi was going through the five stages of grief as described by Elisabeth Kübler-Ross after Ruth Bader Ginsburg’s death. Although, instead of acceptance, the fifth stage is action. Not incidentally, Elizabeth Warren, as usual, offered wise counsel.

So Greg, I recognize, was grieving. He dumped on me because he sort of knew me, though I haven’t seen him in a half-century. I get it.

In my recollection, when Hillary lost in 2016, the reaction was mostly utter shock and depression, not rage. As my teenage daughter noted, in 2016, we were saying, “That can’t be true!” even as we grudgingly knew, unfortunately, it was. The losing side in 2020 has been fed the notion “It IS NOT TRUE!” (See John Oliver.) That’s a harder bridge to cross.

BTW, I remain infuriated by the continued voter suppression, particularly in Florida. The GOP won the state by about 340,000. More than twice as many released felons were disenfranchised. Maybe the Sunshine State COULD have gone the other way…

Is God a Robot That Just Hasn’t Been Invented Yet?

Hating the poor in the season of giving

How to Hire Fake Friends and Family

Thousands Once Spoke His Language in the Amazon; Now, He’s the Only One

How ancient mastodon bones sparked a modern-day battle among scientists

Chuck Miller: When I caught the Times Union editing my blog headlines without my permission

RIP, Sue Grafton at 77 – Y Is For Yesterday: her last mystery series novel

Arthur answers Roger’s questions about the regime in DC and the nasty people in DC and blogging, and Kiwi language and his most evergreen post

RIP to Rose Marie, who was of an uncertain age; at least she was around for this; Dick Van Dyke has lost two costars this year, with Mary Tyler Moore passing in January

Mark Evanier has been blogging for 17 years this month, a site I check out daily

Clifford Irving, Author of a Notorious Literary Hoax, Dies at 87

What is it like to go through a car wash with the windows down?

TICKS, MANY OF THEM

What Do You Call a World That Can’t Learn From Itself?

This is the thanks he gets for “overhauling” the American tax system?

‘He Would Probably Be a Dictator by Now’

The United States of America Is Decadent and Depraved

Should We Care What Happens to the GOP’s Soul?

The Whoppers of 2017: the year’s worst falsehoods and bogus claims

How life is now in Puerto Rico

“Hope has two beautiful daughters: their names are Anger and Courage. Anger at the way things are, and Courage to see that they do not remain as they are.” – Augustine of Hippo

YouTube’s highest paid stars – who ARE these people? I’m old

The Biggest Tech Fails of 2017

The Daily Show team looks back at the biggest events of 2017 in news, sports, and pop culture

The Revolution Will Not Be Televised – Gil Scott Heron

Dominic Frontiere, Composer for ‘The Outer Limits,’ ‘The Flying Nun,’ Dies at 86

Political parties would “push a narrow, self-interested agenda that would block the national interest” and “create a deadlocked and dysfunctional democracy” that would “leave citizens frustrated by inefficiency and ineffectiveness.”

Call me a cockeyed optimist, but I have found many things that have taken place on the political landscape in the last six months or so worthy of celebration.

There have been protests, many of them local, for banning the bomb, upholding women’s rights, protecting the immigrant and the refugee, saving the environment, and several other causes.

People are becoming actively engaged in the political process, working on special elections, running for office, or at least considering it. They are showing up at town halls when members of Congress come back to town.

The veil is coming off FOX “news”. Yet other news outlets are thriving.

A couple interviews on the Daily Show with Trevor Noah in June 2017, on successive days in June 2017, gave me encouragement. William J. Barber II is shifting the moral conversation about the poor, a group neither major candidate for President talked about last year. Among other things, Rev. Barber is the architect of the Forward Together Moral Monday Movement.

I was also taken by John Avlon. The Daily Beast’s Editor-in-Chief was promoting his new book “Washington’s Farewell: The Founding Father’s Warning to Future Generations.”

George Washington feared, he explained, that political parties would “push a narrow, self-interested agenda that would block the national interest” and “create a deadlocked and dysfunctional democracy” that would leave citizens “so frustrated by the inefficiency and ineffectiveness that it could open the door to a demagogue with authoritarian ambitions.”

And by demagogue, I mean “a leader who makes use of popular prejudices and false claims and promises in order to gain power.”

So on this Independence Day, it is important to note the words of another of our Founders, Alexander Hamilton: “Of those men who have overturned the liberty of republics, the greatest number have begun their career by playing an obsequious court to the people, commencing demagogues and ending tyrants.”

We must always push back against tyranny.

Are You The Husband Or The Wife?

Political Violence is Our Issue Too

Power Causes Brain Damage Over Time, leaders lose mental capacities—most notably for reading other people—that were essential to their rise

The length of a dog’s memory

Total Solar Eclipse 2017: When, Where and How to See It (Safely)

Comedian Bill Dana, Who Played the Character Jose Jimenez, Dies at 92. He penned one of the funniest ‘All in the Family’ episodes. Plus the TV Academy has put together a very nice page about Bill Dana

Stephen Furst, who I watched on St. Elsewhere, died at the age of 63. Film director Kevin Smith wrote: “As an awkward round kid, Flounder was the Delta I most identified with in #AnimalHouse, my fave comedy.”

Speaking of Smith, he and TV writer Ken Levine do a podcast crossover, first on Smith’s here, then Levine’s here and here 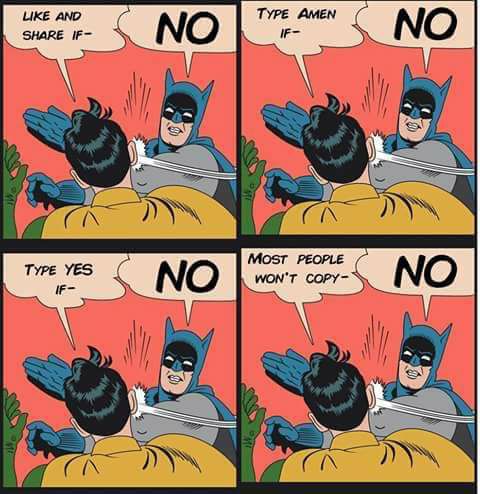 What Play Finally Brought Tim and Tyne Daly Together Onstage?

How To Make A Bedtime Snack

The redesigned Names.org offers origins, statistics and popularity rankings for people names. Users can search and compare the most popular names, find trending names and review various list of names by origin, region decade and more

Stop Sending Me Chain Letters Because They Can Be Dangerous! Also, VERY annoying

Now I Know: The People Who Can’t Take Socks For Granted and China’s Extremely Personal Loans and Why Parisian Bakers Can’t Always Go On Vacation and The Hamburger on Display in a Canadian Legislature

How do they make cake sprinkles?

With A Little Help From My Friends – The Gibson Brothers Bluegrass

Surf’s Up – The Beach Boys

Pomp and Circumstance March No. 1 – Elgar

Musicians Look Back on the Albums They Don’t Remember Recording

Steve Earle: ‘My wife left me for a younger, skinnier, less talented singer’

The truth about lying

Words we can live without

This was from mid-November: John Oliver talked about how 2016 sucked, especially in the NSFW ending, starting at 23:23.
versus
99 Reasons Why 2016 Was a Good Year

S.2943 – National Defense Authorization Act for Fiscal Year 2017 includes in Section 1287, the GLOBAL ENGAGEMENT CENTER, which, some fear, will allow the government to decide what is ‘truth’

Homer and Harold – “Stories abound of present-day prosecutors who have lost their way, who do anything to win a conviction END_OF_DOCUMENT_TOKEN_TO_BE_REPLACED