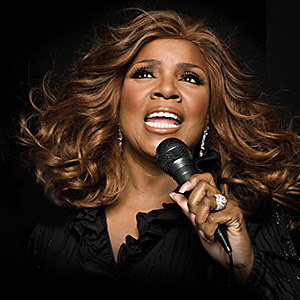 So you think librarians are dull? From the Library of Congress:

“The Library of Congress presents ‘Library of Congress Bibliodiscotheque’ (April 12-May 6, 2017), an unprecedented exploration of disco culture, music, dance and fashion represented in the national collections. Disco’s influence on popular music and dance since the 1970s will be in focus through film screenings, performances, interviews, and a symposium.

“The diverse lineup of programs features appearances by disco icon Gloria Gaynor, whose ‘I Will Survive’ is recognized in the National Recording Registry, fashion guru Tim Gunn, Good Morning America host Robin Roberts, photographer Bill Bernstein, scholars Alice Echols and Martin Scherzinger, and legendary disco ball maker Yolanda Baker. Gloria Gaynor and her band perform in the Great Hall of the Thomas Jefferson Building on May 6th, followed by a late night disco dance party presented in association with Brightest Young Things, The Recording Academy, and the District of Columbia Library Association. Experience the Library of Congress like never before.”

I Will Survive, written by Freddie Perren and Dino Fekaris, was originally released as the B-side to a cover version of the Righteous Brothers song Substitute, which only got to #107. That flip side got to #1 for three weeks on the Billboard pop charts in early 1979, though only up to #4 in the soul charts, and was also went to the top in the UK. “While Gaynor’s hit may, on a surface level, be about a bad breakup, the song has been adopted as a gay rights anthem and a battle cry during rough political times.” The Library of Congress deemed Gaynor’s original recording to be “culturally, historically, or artistically significant” and selected it for preservation in the National Recording Registry.

LISTEN to I Will Survive

Gloria Gaynor: here or here (official), who can save your life

From the movie Man in the Moon: here

I have mentioned Chuck Miller’s departure from the Times Union community blogs, as a result of an April Fools joke, and him starting his own blog. He was doing fine, with over 700 subscribers in the first four days, far better than he fared on the Times Union platform. But then:

Last night, I received my Times Union archive of blog posts from the past eight and a half years of blogging for them. I thought everything would be fine, I simply would upload my files and combine old blog posts with new.

Unfortunately, the second I did this…

My chuckthewriterblog.wordpress.com site went crash. Locked me out for violations of terms of service.

Bottom line: chuckthewriterblog.com is currently populating, and will be up soon. But as I know from recent personal experience, it is NOT instantaneous.

What I DIDN’T get into before was the harrumphing of the Times Union. As quoted by a non-TU blogger named Sylvia:

“A community blog hosted by timesunion.com falsely reported Saturday morning that Kellyanne Conway, a senior advisor to President Trump, would be the commencement speaker at the University at Albany. As soon as we were alerted to the post, we removed it from our site and suspended the blog. We apologize to anybody who was misled by this post, which was not written by a Times Union staff member. Even on April Fools’ Day, there’s no place for fake news under the Times Union banner.”

TU editor Rex Smith, who I’ve met IRL, and even sang with once, noted on Twitter: “Not funny. The Times Union regrets this violation of the the principle of accurate reporting. This is not TU content.”

And the WAMC Roundtable on 3 April was likewise SHOCKED. The “bogus link” they referenced was Chuck’s senior year on the local TV quiz show for high schoolers, which he’d written about ad nauseum.

Yet it was only a year earlier that Chuck had written on his TU blog, “Uber reaches agreement to come to Albany!” which made the Washington Post’s April Fools’ Day pranks: 2016’s comprehensive, updating (and upsetting) list. The TU seemed to enjoy hitting on the zeitgeist.

If memory serves, Chuck did NOT slap an April Fools label on that 2016 post the first day, though the next day he did, to avoid the story staying on the Internet under false pretenses. This was fine then for the TU, and one would have expected it would have been fine this year, instead of suspension and blocking him from his site.

Meanwhile, there is another TU community blogger who wrote in March, apparently in all seriousness, that the White House has been closed to visitors since 9/11 until 2017. I won’t link to her because she’s guano crazy. But Heather Fazio mentions her.

Since he’s done a joke blog EVERY YEAR for 8 YEARS, I’ve been forced to conclude that there is something else at play here with Chuck Miller’s suspension. I have to think he got under the TU’s skin once too often. He often advocated for more recognition for the community bloggers, including appearances in the paper, which went away and then came back, as a direct result of his nagging. Early in my tenure as a TU blogger, the TU ponied up for pizza for its unpaid community writers, but no more.

Perhaps the tipping point was him pointing out some oblivious remarks, such as he did on Thursday.

In her blog last Monday, TU staff blogger Kristi Gustafson Barlette wrote a piece about certain thoughts in the Capital District, a “When I think of…” recap…

The part that irked me? This portion.

“When I think of great blogging, I think of Amanda Talar (who is coming back to the east coast). I also think of Matt Baumgartner and really, really miss his blogging.”

Wow. When Kristi Gustafson Barlette thinks of “great blogging,” she references two people who haven’t blogged for the TU in YEARS. Not taking anything away from those bloggers – they have written amazing posts in the past – but it totally ignores the fantastic writing and observations of the Times Union’s current bloggers and raconteurs and observers and writers. Whether you agree or disagree with their topics and thoughts, they at least deserve your attention and consideration.

Maybe if Kristi Gustafson Barlette took a few moments and actually read these blogs, she might indeed find some new favorites. Some new “great blogging” examples.

I wonder if THAT was the last straw for the TU, with his ANNUAL joke – and I will say, Kellyanne, by definition is NOT funny – was just the excuse they were looking for. Or the TU can explain that how it punishes an obvious attempt at humor and tolerating this 4/1 piece while supporting actual fake news on its community pages. If SHE writes fiction, why blast Chuck?

See, here’s the thing: this story isn’t really about Chuck anymore. It’s about a BS response from the TU to him which affects the integrity of the TU organization. The thought that, as an unpaid community blogger, if the TU doesn’t like what you write, you can get kabonged without even so much as an appeal process, in direct contrast to what we were originally told. It’s also saying that the TU accept racist, xenophobic, untrue and vacuous stuff under their banner, but only selectively.