When the Mets had an 11-game winning streak, I had to root for them.

I finally found a use for Pinterest. I’ve had an account for a while. People follow my Pinterest page, but I don’t know why, because there was literally nothing there, since I didn’t know what to do with it.

I’ve seen other people put what seemed to me to be random photos, irrespective of things such as copyright or context.

Then I realized that I can never find pictures my sister posts on Facebook, that my eldest niece, Rebecca Jade, gets lots of pictures taken of her, and that the Daughter is starting to experiment with the camera (it’s her piece on this page).

Maybe I should have put them on Instagram, which I don’t have, and don’t have the inclination to learn at this time; or some other platform, such as the “cloud”, which has burned me before with music I had, but lost.

I’m not going to make a great retrospective effort, but I’ll use Pinterest as time and inspiration allow.

Someone asked what to do to help the folks in Nepal after the massive earthquake: this article has some suggestions.

There are now eight music videos posted on YouTube from First Presbyterian Church in Albany, seven from various First Friday performances, and one from a recent worship service.

I was a Yankees fan from way back, but when the Bronx Bombers were going to play the New York Mets in the Subway Series, and the Mets had an 11-game winning streak, I had to root for them. They lost but rebounded the next day.

Flipping through the channels, I caught part of the White House Correspondents’ Dinner. Here’s President Obama and Cecily Strong, from Saturday Night Live.

I saw the end of an episode of the ABC-TV show Grey’s Anatomy, and I figured McDreamy would buy the farm the next episode. Then he did. The fan base is all upset, but the show has done such egregious crap before (the shootings in the hospital, the plane crash)… whatever.

This coming Sunday, MeTV is airing the MASH finale, along with new interviews with members of the cast and production team. Like half the US, I watched it. I found it lugubrious and overlong, and I haven’t seen it since. I’m thinking about watching it again for the first time in over 30 years.

I probably need to do a lot more short posts like this, for time reasons. I’ve had posts I want to write, but have not had the opportunity.

Infrastructure, Suburbs, and the Long Descent to Ferguson. Also, Pantheon Songs on the singing group The Impressions, featuring Curtis Mayfield, which is also about Ferguson.

Next Time Someone Says Women Aren’t Victims Of Harassment, Show Them This. Plus, These Are The Things Men Say To Women On The Street. Oy: Woman Discovers ‘Rape Room’ in Comic Book Store; Is Promptly Fired. Also, Ray Rice, a Broken NFL Culture, and How to Fix It and ‘The Burning Bed,’ 30 years later. And Ray Rice, now.

This month, the 7th circuit struck down gay marriage bans in Indiana and Wisconsin. “The three judge panel was unanimous and the opinion was written by [conservative] Judge Richard Posner.” After listening to his oral arguments and reading the opinion, what kind of rebuttal could someone could possibly make? END_OF_DOCUMENT_TOKEN_TO_BE_REPLACED

There was an earthquake 28 km (17 miles) W of Albany yesterday morning.

Here’s the current expected trajectory for Hurricane Irene. If all goes as this map suggests, the Category 3 hurricane will be hitting around Fayetteville, NC Sunday at 2 a.m., about 135 miles (217 km) from Charlotte, NC, where one sister and niece live, and where my wife and daughter will be visiting, starting on Thursday.

Meanwhile, there was that 5.8 earthquake yesterday at about 2 pm. EDT near Louisa, Virginia, less than 100 miles from Washington, DC. And I sure felt it in my office in Albany, NY. I was sitting at my desk and I thought I was having leg tremors, or something terribly physiologically wrong with me until I saw a cubicle neighbor’s picture swaying.

Last week, a 3.6 earthquake in Maryland hit, which was the largest recorded within 50 kilometers (31 miles) of Washington since a database was created in 1974.

Oddly, there was also an earthquake 28 km (17 miles) W of Albany yesterday morning. It was a 2.2, and I’m not sure that I felt that one.
***
I Feel The Earth Move-Carole King
Like A Hurricane-Neil Young
Good Night, Irene-Leadbelly 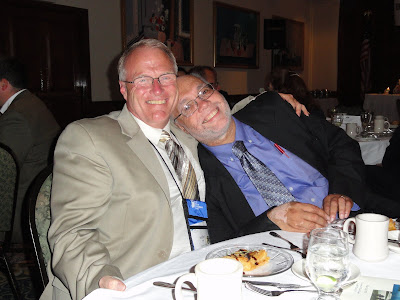