I must say that the random posts were pretty representative.

This is one of those exercises I think I got from Gordon some years back. In any case, the idea is to pick one sentence from each month’s worth of blog posts. I used a random number generator for this purpose; the number 22 showed up three or four times, FWIW.

February: I still feel more affinity for the heartbreak songs than the “true love” tunes. From my Valentine’s quiz.

March: Well, sometimes [stealing], but finding topics is not the problem; the problem is a lack of time to write coherently about certain topics. From a meme, blogging about blogging.

May: West Virginia is the answer to the trivia question: “Which state east of the Mississippi River was the last to join the union?” From an ABC Wednesday post.

June: Paul [McCartney] hadn’t been that controversial since he recorded Give Ireland Back to the Irish back in 1972. On Paul’s birthday.

July: I suppose this refers to the cat who goes up on a hovercraft that reminded both my wife and me of Close Encounters of the Third Kind. Review of the musical “Cats”.

August: Even less frequently, I have mentioned Raoul Vezina, the house artist who also worked on publications for FantaCo (Smilin’ Ed, X-Men Chronicles) and others (New Paltz Comix, Naturalist at Large). FantaCo’s birthday. 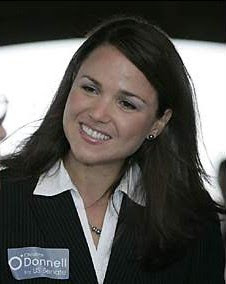 September: Yes, don’t hear as much about them lately, but the birthers, who claim President Obama is not eligible to be President, are still out there. Constitution Day.

October: I have to blame US Senate candidate Christine O’Donnell (R-Delaware) for my need to reread the 38th chapter of the first book of the Bible. Both a religious post and one for which I suggested might be better suited for more mature audiences.

November: One of my primary functions on weekdays is to get Lydia to school on time. My monthly Lydia post.

December: Joy from A Raft of Apples requested that I send her something not on the [giveaway] list.

I must say that the random posts were pretty representative, hitting on ABCW; memes, and quizzes; holidays, anniversaries, and birthdays; Beatles (well, at least a Beatle), and music generally; religion; blogging; personal history and politics. So if one were to ask you what this blog was about, read ’em the previous sentence.