Stevie Wonder is 60 years old today. Only 60? Seems that he’s been around forever. I guess that’s what happens when you’re dubbed the “12-year-old genius.” Wish I had the time to indicate all of his significance in my musical life. Among other things, I’ve stated that he and Paul Simon were THE two most important artists in my record collection in the 1970s. Here are just some highlights.

Really don’t remember the earlier singles, such as “Fingertips, Part 2”, except as an oldie. The first song I recall listened to, on the radio, was Uptight (Everything’s Alright) in 1966. I loved it! Later, I got an album from my sister’s godfather, of all people, of Bill Cosby called Silver Throat, where he sings a parody of Uptight called Little Old Man.

My sister owned the 1966 album Down to Earth, containing the title track and A Place In the Sun, the latter a song written by Stevie that everyone at the time seemed compelled to cover. I owned 1970’s Signed Sealed Delivered.

I owned the so-so 1967 Someday At Christmas, though it contains THE great secular Christmas tune, “What Christmas Means to Me.”

Jump to the seventies, the classic period: I owned every album Stevie put out, starting with 1972’s Talking Book (with Superstition and You Are the Sunshine of My Life); 1973’s Innervisions (Higher Ground, Living for the City), and 1974’s Fulfillingness’ First Finale (You Haven’t Done Nothin’ (with The Jackson 5), Boogie On Reggae Woman. I remember hanging out, more than once with one of my political science professors, at his house, listening to those latter two albums.

One of my personal anthems after the breakup of my college romance came from Talking Book and started with:
“Shattered dreams, worthless years,
Here am I encased inside a hollow shell,
Life began, then was done,
Now I stare into a cold and empty well”
With the hope of a future with someone, yet unknown:
“I believe when I fall in love with you it will be forever.”
I find that song still makes me incredibly wistful.

I remember watching Paul Simon’s famous quote on the Grammys when he won for Album of the Year for Still Crazy After All These Years (another melancholy linchpin). In his acceptance speech, Simon jokingly thanked Stevie Wonder for not releasing an album that year; Wonder had won the previous two years, and would the following year.

In the gap between FFF and the next album, I discovered 1971’s Where I’m Coming From and Music of My Mind from 1972, the latter album particularly underrated.

I bought this 3-LP retrospective called Looking Back, which contained all his charting singles from 1963 through 1970.

1979 brought the strangely unsatisfying, and sometimes weird double album Journey through the Secret Life of Plants, but it was followed by the solid Hotter than July in 1980, with Master Blaster (Jammin), I Ain’t Gonna Stand For It, and the song that helped make the Martin Luther King Jr. holiday a reality, Happy Birthday.

Have all of his subsequent albums that contain new material, some pretty good (Characters), some not so much (Woman in Red soundtrack).

I had this friend Donna. One of our shared passions was Stevie Wonder. At one point I put together a mixed cassette of songs he performed on that were NOT on Stevie albums for her. Didn’t have We Are the World (a great duet with Springsteen) or That’s What Friends Are For (a bit treacly). But it did include, I believe:
That collaboration with Paul McCartney on the latter’s Tug of War album. It is NOT Ebony and Ivory. What’s That You’re Doing, Stevie back in form, and Paul at his rubber soul best.
I’m the One Who Loves You from Tribute To Curtis Mayfield
St. Louis Blues from Gershwin’s World (Herbie Hancock)
Let’s Get Serious by Jermaine Jackson
Seasons of Love from Rent
A couple of songs from Quincy Jones albums
*Others from this list
Donna died a few years back and I wish I had made a copy of the playlist for myself.

Stevie is mostly in the accolades mode, Gershwin award and the like. Strange for a man so relatively young. His album of five years ago I wasn’t thrilled with, and he puts out more compilations and reissues than new stuff. But in his prime, he was a sensational singer/songwriter. His keyboard playing was revolutionary at the time. So I must wish HIM “happy birthday”. 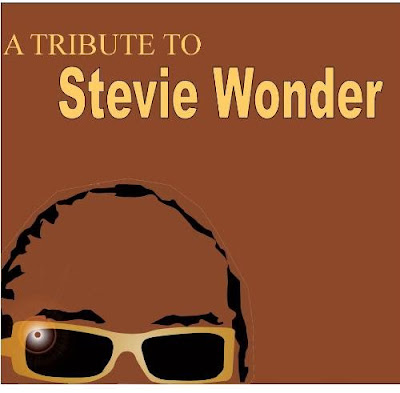