I still have trouble with Leviticus myself, so this is quite intriguing.

I think I have an instinctive sense of balance about my blog between the personal and the other stuff (politics, popular culture, etc.). Obviously, that’s been skewed more than a little this month, and frankly, I’m all right with that. 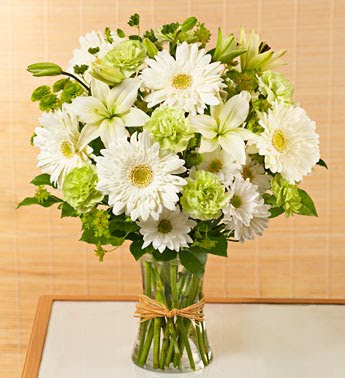 I received a bushel of great notes of condolences re: the passing of my mother earlier this month. Some came in the form of e-mails, others in comments to various blog posts. I received cards, e-cards, cards with flowers. This doesn’t even count the telephone calls and the face-to-face comments. One that struck me greatly was written by someone I’ve worked with for 17 years:

It must be more than just a coincidence that the last blog post you wrote before telling the news of your mother was about circle songs. When I see “Will the Circle Be Unbroken” in print, I always hear Aaron Neville’s voice, singing of “my dear old mother”.

Judging by the comments to your posts, you have many wise friends, with all manner of experiences. I’ve no clue what to say, except that your mother will live on in song, and in spirit. Bless her soul, and my best to you and all your family.

So I played the Neville Brothers’ track and I cried more than I had all month.

Anyway, I’m sure that I’ll get back to my less open-book self-analysis blog. Eventually.

Steve Bissette notes a terrific new documentary illuminating the music & marvels of composer/musician Raymond Scott. YOU may not know Raymond Scott, but the folks doing old Warner Brothers cartoons, Motown, Devo, and composer John Williams did. And speaking of my buddy Steve, there’s an interesting early 1990s, two-part Lou Mougin interview of him here and here, where he talks about Swamp Thing with Alan Moore, independent comic publishing, and other interesting items.

I get an e-mail about a “truly infamous and heinous work [called Obama Nation – get the pun?] that a couple of people in the comics profession have just done. I am just plain ashamed to see this, and the commentator can’t even bring himself to show the whole thing (though what he describes is enough to make your blood run cold). It’s like a time warp back to Jim Crow, I kid you not.”
Then Mark Evanier writes that the cartoon WASN’T “racist or disgusting, especially compared to a lot of what’s said about the Obamas on the web these days.” A low threshold, IMO.
Certainly, the caricature that Alan David Doane showed in his post makes me queasy, but ADD is certainly correct when he says that Obama Nation is “a loathsome, unfunny comic strip obviously fueled by hatred.”

From the 1944 movie Broadway Rhythm, the Ross Sisters doing Solid Potato Salad. You WILL say, “How did they DO that?”

Here’s THE most interesting thing I ever found in my spam filter:

“Unexpected lessons on the power of obedience—and how grace can fuel it. – HOW TO BE PERFECT, Daniel M. Harrell – One Church’s Audacious Experiment in Living the Old Testament Book of Leviticus. As a longtime minister and preacher who had successfully skirted Leviticus for most of his life, author Daniel Harrell wanted to come to grips with all that Leviticus teaches–not just loving neighbors, but the parts about animal sacrifice, Sabbath-keeping, skin diseases, homosexuality, and stoning sinners, too. Yet rather than approaching Leviticus with a view toward mitigating its commands, he decided to simply obey them. http://www.danielharrell.com/“

I still have trouble with Leviticus myself, so this is quite intriguing. Even if I don’t necessarily come to the same conclusions as the author – and there’s a lot here to examine without having read the book – I applaud the effort to tackle it, rather than do what some modern Bible studies do, which is to selectively ignore it.

A revision of Genesis 19.

An edit of Huck Finn that I could get behind. And, BTW, Toni Morrison’s introduction​on to the 1996 Oxford edition of Huck Finn (pdf).

What ‘The Simpsons’ could teach us about global warming

“Transported to a surreal landscape, a young girl kills the first woman she meets and then teams up with three complete strangers to kill again.” – Marin County newspaper’s TV listing for “The Wizard of Oz”
***
Video of Eyes on the Prize – Mavis Staples.