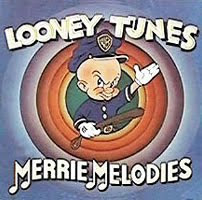 1969
THE 1969 WARNER/REPRISE SONGBOOK (Warner Bros. PRO 331)
Like several of the early albums, at least one side was dominated by Frank Zappa and his musical allies. But also featured the Everly Brothers. Eclectic.
THE 1969 WARNER/REPRISE RECORD SHOW (PRO 336)
Subtitled “Son of Songbook”, it has one EXTRAORDINARY soul ballad by Lorraine Ellison called Stay with Me. Read about it here and listen to it here.
OCTOBER 10, 1969 (PRO 351)
Chaz wrote: “A single-disc slipped into the mix while Warners was trying to decide if the doubles would sell.” By the time I was buying these albums, this disc was no longer listed.
1970 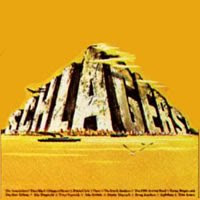 THE BIG BALL (PRO 358)
SCHLAGERS! (PRO 359)
Chaz: “Showcasing some Warners tracks that might conceivably get MOR airplay.” (MOR means Middle of the Road,” the title of a future package.)
ZAPPÉD (PRO 368)
“A single disc featuring acts on Frank Zappa’s Bizarre/Straight labels,” that I actually tried to order, but it must have been sold out.
LOONEY TUNES & MERRIE MELODIES (PRO 423)
The only triple-disc set in the series, which cost $3 in the day, but I never bought it. Someone gave me this album after someone else died, saying he would have wanted me to have it. Subsequently, I’ve lost the middle record, which contained Side 2 and Side 5. But I still have Side 6, which is an unusually spiritual, even religious platter. The last song: Turley Richards: I Heard the Voice of Jesus.

1971
NON-DAIRY CREAMER (PRO 443)
Another single disc, and one I never actually ordered. I may have requested Zapped and gotten this.
HOT PLATTERS (PRO 474)
TOGETHER (PRO 486)
The last of the single-disc samplers, and I have no idea how WB sent it to me since I never specifically ordered it.

1972
THE WHOLE BURBANK CATALOG (PRO 512)
“First set to credit Barry Hansen (Dr. Demento) for assemblage and annotation.” Not every subsequent album was annotated by him, but he was singularly entertaining when he did. Now, this was the point where the albums really became fun. There were radio spots for Sgt Preston of the Yukon or Inner Scantum inserted. Just before Arlo Guthrie’s Ukulele Lady, there’d be a snippet of a version recorded a half-century earlier.
MIDDLE OF THE ROAD (PRO 525)
“Just like it sounds.” Even features Frank Sinatra.
BURBANK (PRO 529)
Features the 57-second Voter Registration Rag by Arlo Guthrie, which I cannot find.
THE DAYS OF WINE AND VINYL (PRO 540)

1973
APPETIZERS (PRO 569)
Included Martin Mull: Licks off of Records.
ALL SINGING, ALL TALKING, ALL ROCKING (PRO 573)
“Features sound bites from Warner Bros. movies,” which made it probably my favorite album of the bunch.

HARD GOODS (PRO 583)
This collection has at least two rarities: War Song by Neil Young and Graham Nash, which was on a B-side of a Young single, but then “unreleased in any other format until June 2009, when it was finally released…on a box set by Neil Young called The Archives Vol. 1 1963–1972.”
Immediately after that is The ’68 Nixon by Denver, Boise, and Johnson, which you can hear and read about here. Yes, the Denver is John Denver, who went on to some commercial success.
PEACHES (PRO 588)
“A compilation of tracks from the Georgia-based Capricorn label, then distributed by Warners,” which I don’t have and never saw offered until years later.
DEEP EAR (PRO 591, 1974)

1975
THE FORCE (PRO 596)
By this time, I was buying them as soon as I saw them advertised.
ALL MEAT (PRO 604)
“‘Not a speck of cereal,’ insists Frank Zappa.
PEACHES, VOL. 2 (PRO 605)
“A second collection from Capricorn Records, which I haven’t seen.”
I DIDN’T KNOW THEY STILL MADE RECORDS LIKE THIS (PRO 608)
“Back to the middle of the road.”
THE WORKS (PRO 610)
The rarity here was The Beach Boys: Child of Winter, which was a single that showed up in a Beach Boys collection more than two decades later.

1977
COOK BOOK (PRO 660)
“Focusing on Warners’ black acts.” I have no idea how I got this album. I may have sent WB money and said “Anything else in the vaults?”
WB in the 1960s was not a label with lots of black artists. Someone quipped that their only soul artist was comedian Bill Cosby. But by the 1970s, the label made a concerted effort to change that. I must admit that I loved the fact that the album had a trio of Beatles covers in a row: Randy Crawford- Don’t Let Me Down; Roy Redmond- Good Day Sunshine, and New Birth- The Long and Winding Road.
LIMO (PRO 691)

1978
COLLECTUS INTERRUPTUS (PRO A-726)
“Twenty-Six Earbinding Songs of Unique Delight, Derring-Do, Heartbreak, Scandal, and Lurid Sensation”.
With Soft and Wet, probably the first Prince I owned.
PUMPING VINYL (PRO A-773)
As a musical eclectic, I tend to eschew labels. That’s why my favorite song in this collection is Funkadelic: Who Says a Funk Band Can’t Play Rock?

ECLIPSE (PRO 828)
“A new price: 2 LPs for $3.” Still a bargain.
MUSIC WITH 58 MUSICIANS, VOLUME 1 (PRO 850)
“Issued to mark the German jazz label ECM’s distribution deal with Warner Bros., this set, billed as ‘An International Array of Innovative Jazz Music and Performers,’… Roger Green found this one for me.”
Well, yeah, I did, actually. And Charles added me to his “beyond the call of duty” list. As far as I know, there was never a Volume 2.
TROUBLEMAKERS (PRO A-857)
“This is as punk as Burbank would get.”
Marianne Faithfull: Broken English.

1995
LOSS LEADERS REVISITED (PRO-CD-7955
“A limited-edition CD (3500 copies) with retro-cool; not properly a Loss Leader, since it was given away, but it caps the series with panache.”
I’d never heard of this until I read about it.

These are more underplayed vinyl, records I listened to a LOT in the day, but less since I got the first CD player. Still, I now have a turntable, so they can provide me with additional hours of pleasure.